2019: developing a range of projects including "An Italian Country Afternoon" (a concert work designed for regional touring); popup performances on regional NSW Rail platforms for Bach in the Subways 2019; further development of (and fundraising for) "Camelia"; researching "Millicent Armstrong – playwright and farmer".

2018 – popup gig at Gunning Railway Station (as part of the international event Bach in the Subways); provided national anthem for Canberra’s Blake Opal Stakes; created/produced "One Sunday in the City" (a popup classical music event in Canberra Civic in partnership with Wesley Music Centre, funding from City Renewal Authority); directed The BipARTisans, a dropin choir throughout winter 2019 at National Gallery of Australia.

2012 – director, musical director & vocal coach of "A Midsummer Night’s Dream" (performed by 26 x 7 to 12 year olds); repetiteur and coordinator of Canberra adult and children’s opera chorus for Melbourne Opera’s "Carmen" at the Canberra Theatre; presenter of Laban and the Voice workshop (with Sandra Lauffenberger); producer/director/vocal coach/performer on "Under Milk Wood" (an acoustic voice event) for Made in Canberra at The Street Theatre; director, accompanist for performance by junior voice ensemble for ACT Government Xmas Tree event in Civic.

2011 – producer/director/performer on "The Girls" for Made in Canberra (The Street Theatre). 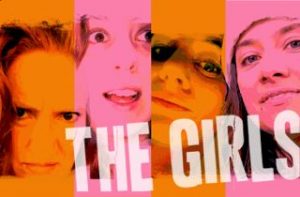 View all posts by: Dianna Nixon

We create and present events and activities that holistically integrate voice, body, text and music.

WVMT is committed to helping build a thriving professional performing arts industry in the ACT and Southern NSW region. We are doing this by working across artforms, by collaborating with a range of professional artists and organisations, and by providing high quality holistic, practical and affordable skills-based arts training and mentorship.

Central to our work is a dedication to ‘the art of voice’.

Please contact us if you want to collaborate, learn, create, or support.

There are no upcoming events at this time.